On August 13, 2020, the High Court of Australia handed down its long-awaited decision in relation to the quantum of accrued personal/carers leave. The High Court HAS set aside the full Federal Court judgment handed down last year and, in its place, declared that: 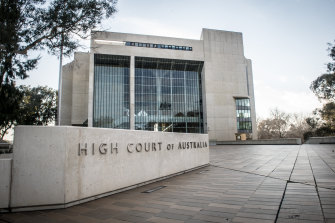 Put another way the decision means an employee is entitled to leave that is calculated on the ordinary number of hours they work in a fortnight.

Two shift workers employed by Mondelez (Cadbury) in Tasmania sought advice from their Union in relation to the amount they should be paid when they took personal/Carers leave.

As they worked twelve hour shifts the employees believed they were entitled to be paid for the full 12 hours shifts if they were off work, their union agreed.

Mondelez, the employer disagreed, and the matter was eventually determined by a full Federal Court which handed down a decision that favoured the Union which is:  that an employee was entitled to 10 days per year at the shift length they regularly worked. If the shift length varied, the employee will to be paid an amount equivalent to the hours they would have worked.

The Full Court of the Federal Court also determined that permanent part-time employees were also entitled to 10 days Personal/Carers leave per year.

Putting this into perspective, an employee who worked two days per week had just been disproportionally awarded the same number of paid Personal/Carers leave as a fulltime staff member. The interpretation of the Fair Work Act was altered to reflect the decision.

There are two very important facts to mention regarding the High Court of Australia which meant “the winner takes all”:

The following examples provide a clearer explanation of how the leave is accrued and paid.

This means they are entitled to 76 hours of Personal/Carers Leave per year. If they are absent sick on one of their ordinary working days, then they will be paid 9.5 hours from their accrued personal/carer’s leave. They are not entitled to 10 days of 9.5 hours (95 hours) in a 12-month period.

Part-time employees receive a proportional amount. For example, if a part-time employee works 30 hrs per week, this equals 60 hrs in a fortnight. They are then entitled to 60 hrs Personal Carers leave per year while they remain at their current part time hours.