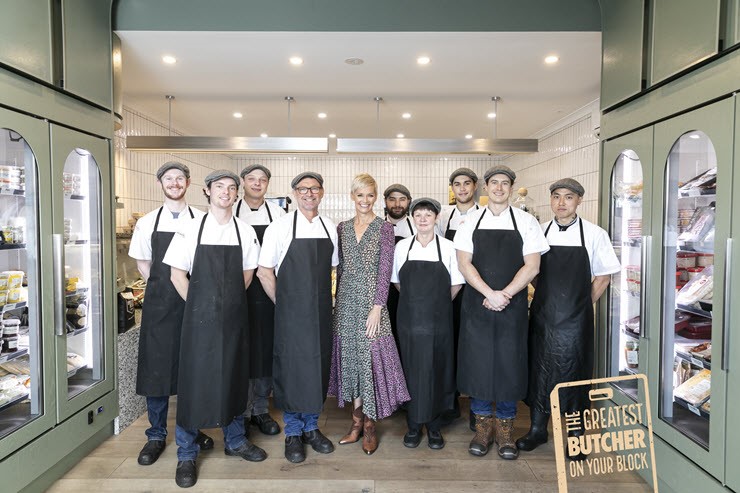 The Greatest Butcher on Your Block campaign was launched by MLA and AMIC in November, and was a 2 part campaign with the goal of reminding consumers how important independent butchers are to local communities, and to drive beef and lamb sales over the summer.

The first part of the campaign was a trade facing promotion, where butchers across Australia submitted their favourite summer beef or lamb recipes to go into the running to win one of 200 Everdure by Heston Blumenthal Cube BBQ’s as well as be one of 12 butchers to feature in the Greatest Butcher on Your Block recipe magazine.

Each featured butcher then had famous Aussie storyteller Jessica Rowe – the face of the campaign – come into their store to interview them. The series of 12 videos, entitled ‘A Butcher’s Tail: Meat the Masters’ was promoted on MLA’s social and digital channels, and aimed to promote awareness of the benefits of red meat, and getting consumers interested in the person behind the counter of their local butchery.

The consumer facing promotion was all about the competition. There were 600 BBQ’s to be won instantly, and to enter the customer just had to buy a beef or lamb product from their local butcher.

The major prize of this competition was a once in a lifetime experience; a 2021 Tokyo Olympic Games VIP experience, which includes return flights for two, accommodation, tickets to the opening ceremony and four sporting events, as well as $2000 spending money. This prize was available to one butcher and one consumer. The lucky butcher that won was AMIC member Ken’s Kepnock Butchery in Kepnock, QLD. The consumer was another QLD local, T.McCracken from Mango Hill.

We have a few campaigns brewing behind the scenes to ride on the coat-tails of this successful promotion, to keep the independent butcher front of mind as a local hero…