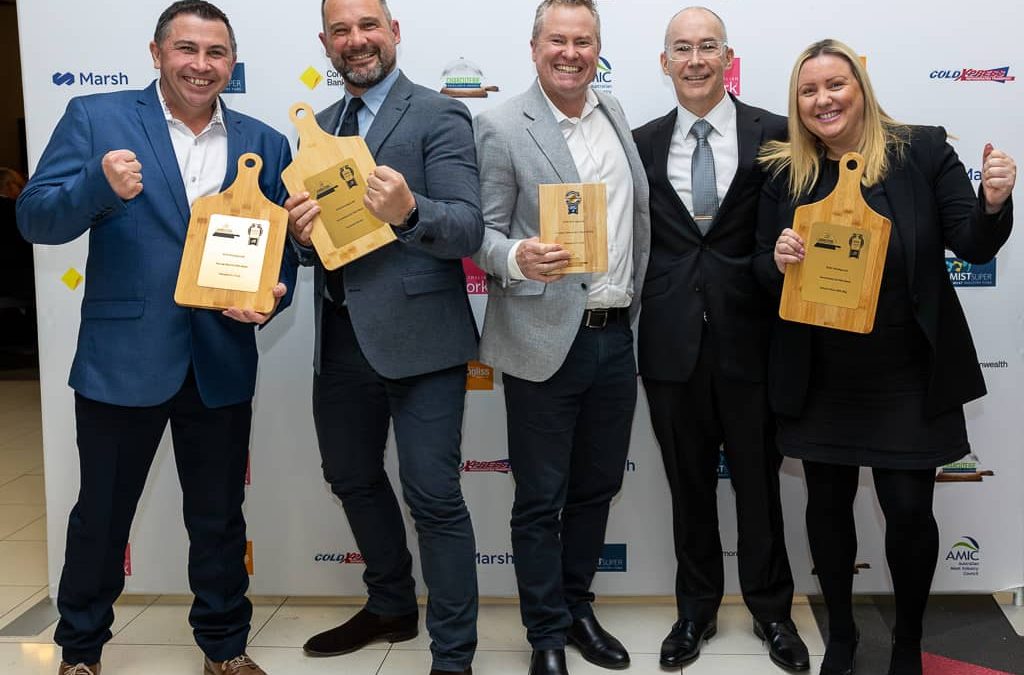 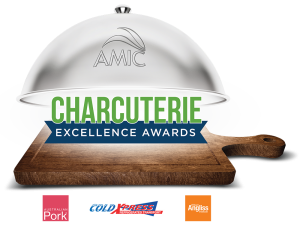 The Australian Meat Industry Council (AMIC) launched the inaugural Australian Charcuterie Excellence Awards this year. These awards have been positioned as the premier awards for the Australian smallgoods industry, recognising products of quality and excellence, while promoting industry recognition and standards. The awards are delivered in partnership with Australian Pork Limited, Cold Xpress, and William Angliss Institute.

Open to manufacturers of Australian smallgoods products, over 350 entries were received, in a short entry open period, across the awards categories of Bacon; Ham; Fermented Salami; Dry / Cured; and Other Charcuterie General Smallgoods.

Judging week was held at William Angliss Institute in Melbourne mid-July, with an impressive line-up of judges include fleischmeisters, award-winning and celebrity chefs, artisan smallgoods makers, and industry legends.

Gold, Silver and Bronze medals were awarded in line with set judging criteria, which is points-based, with the highest award, as adjudicated by the judges, being the Category Champion.

Winners were announced at a gala Awards Dinner last Wednesday 31 August, with the 2022 category champions being named as:

“The purpose of these awards is recognition for outstanding individual manufacturers and what they can produce, while providing feedback to entrants on how they can improve their product for a higher medal next time around, said Chief Judge and AMIC National Smallgoods Council Chair, Franz Knoll.

“These are annual smallgoods industry awards, so the aim is for entrants to take on the scoring feedback from the judges and enter product next year with the aim of a higher medal result.

“These awards define a great Australian product, that is both domestic and internationally recognised as an Australian product of excellence, providing superior charcuterie products to the consumer. We look forward to the growth and profile of these awards year-on-year,” said Mr Knoll.

“These awards are the result of a huge amount of planning from AMIC’s National Smallgoods Council and the AMIC team and I am so pleased with the volume of entries and success of its first year,” said AMIC CEO Patrick Hutchinson.

“The Australian Charcuterie Excellence Awards are THE awards for the smallgoods industry, and in partnership with Australian Pork, will highlight the fantastic small, medium and large smallgoods manufacturers across Australia, who make up a $4B industry.”

“These awards shine light on a group of hard-working smallgoods makers across the country celebrating Aussie pork in the innovative products they create. We can’t wait to see these winning products on shelves and in delis, medal adorned and ready, attract a new wave of customers that seek out locally grown and made.”