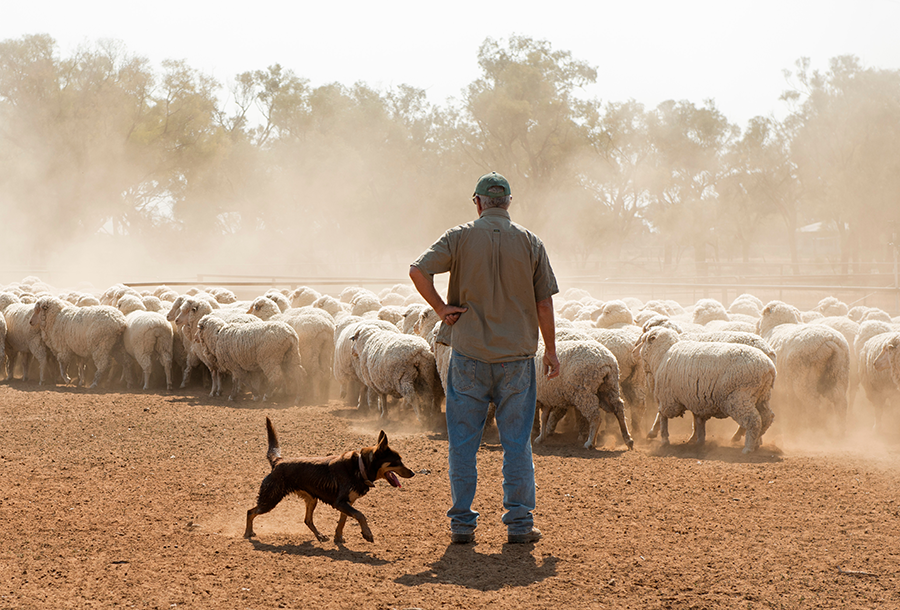 The Australian Meat Industry Council (AMIC) today has released their position on sheep and managed goat eID. The position highlights how critical national harmonisation is to the success of the program.

The position is as follows:

• AMIC encourages all states to adopt eID as quickly as possible, with mandatory tagging of all lambs born after 1 January 2025 a minimum requirement.

• During the adjustment period, AMIC will support states that may choose to phase-in eID for sheep born before 1 Jan 2025 and already tagged with a visual mob-based tag, but all sheep movements must be identified with an eID by 1 January 2027.

• All sheep not already tagged on 1 January 2025, no matter what age, must be tagged with an eID when next transferred. To enforce this, AMIC recommends NLIS-approved visual tags be withdrawn from sale and only eID tags be available on the market from 1 January 2025.

“We believe this position is the right compromise to minimise double tagging of sheep and managed goats, while also fast-tracking eID coverage to put Australia in the best position possible to respond to an animal disease outbreak.” said AMIC CEO, Patrick Hutchinson.

“Removing NLIS-approved visual tags from the market from 1 January 2025 will ensue that stakeholders don’t inadvertently use tags that will soon be redundant and get as many eIDs in circulation as quickly as possible. This is just like industry removing old NVDs from circulation.” said Mr Hutchinson.

AMIC believes that national harmonisation of eID is essential for the program’s success and will vigorously advocate for a uniform roll-out via the national Sheep & Goat Traceability Task Force (SGTTF).

“AMIC will continue to advocate for national harmonisation of eID requirements via the SGTTF and will also engage state regulators to push our position.

“We cannot end up with a multi-speed transition to eID, beyond what we already have with Victoria leading the shift across. Industry and regulators must not accept an outcome where we have further variation across state borders in how we move to eID tagging.

“Having consistent sheep and goat traceability requirements across state and territory borders will reduce uncertainty and disruption to commercial activity.” said Mr Hutchinson.

AMIC insists that national harmonisation is vital to minimize impacts and costs on businesses and to increase the confidence of Australia’s trading partners.

“Harmonisation will minimise the complexity for businesses operating and transacting across state borders and enable clear and consistent communication of changes to stakeholders along the supply chain.

“A harmonised transition to eID will allow Australia to present a united and straight-forward message of changes to trading partners.

“If we have an outcome where processors are receiving stock from multiple states, which are moving to sheep and managed goat eID at different rates, the process of verifying whether each animal meets the regulatory requirements will become significantly harder.

“If requirements to sell sheep and goats across state borders differ, communicating changes to a wide producer base making such transactions will be extremely difficult. Friction at state borders will stymie the free movement of stock and may distort markets.” said Mr Hutchinson.

About
The Australian Meat Industry Council (AMIC) is the sole Peak Industry body representing the post-farm gate meat industry, including processors, smallgoods manufacturers, wholesalers and distributors through to independent retail butchers and exporters.