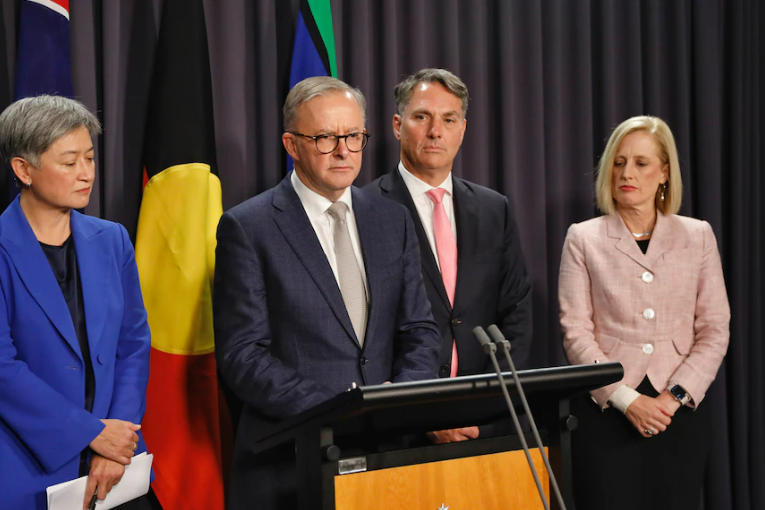 “AMIC and our members are eager to work with this newly formed government and look forward to the Prime Minister naming his Agriculture Minister upon his return from Tokyo. Our first priority is to work with government on the critical workforce shortage for our industry and address the need for a dedicated meat industry working visa,” said Mr Hutchinson.

“According to industry forecasts, which show a big uptick in cattle and sheep production, the industry only has enough staff to manage the current livestock supply, which is at a historical low. Therefore, if the current workforce shortages are not addressed, we will not have the capacity to meet the rising throughput.

“We need a plan moving forward and AMIC as always is dedicated to supporting government on any plans to increase productivity in our sector,” said Mr Hutchinson.

“We also need the new government to protect Australia’s trade and biosecurity interests, against the backdrop of escalating regional animal health threats including Foot and Mouth Disease and Lumpy Skin Disease, which could destroy rural and regional prosperity should these devastating diseases breach our shores.

“On the trade front, we are cautiously optimistic about the widely reported opportunity to reset the trading relationship with China under the new government, and hope that we will be able to embark on a new era of cooperative dialogue. Further, we hope that the finalisation of a number of free trade deals will be a priority for the incoming government, and look forward to seeing the benefits of these deals flow through to the Australian people.

“This is a critical time for our industry, an industry with $18.4bn in red meat exports, $13.4 billion in domestic red meat sales, a $4bn smallgoods manufacturing industry, and directly and indirectly employing 195,800 people.

“We thank outgoing Prime Minister Scott Morrison and Minister for Agriculture David Littleproud and their teams for their service to Australia over the last three years, and for working closely with our industry as we continued to be resilient throughout the challenges and impacts of the pandemic and devastating floods,” Mr Hutchinson said.

About
The Australian Meat Industry Council (AMIC), is the sole Peak Industry body representing the post-farm gate meat industry, including processors, smallgoods manufacturers, wholesalers and distributors through to independent retail butchers and exporters.