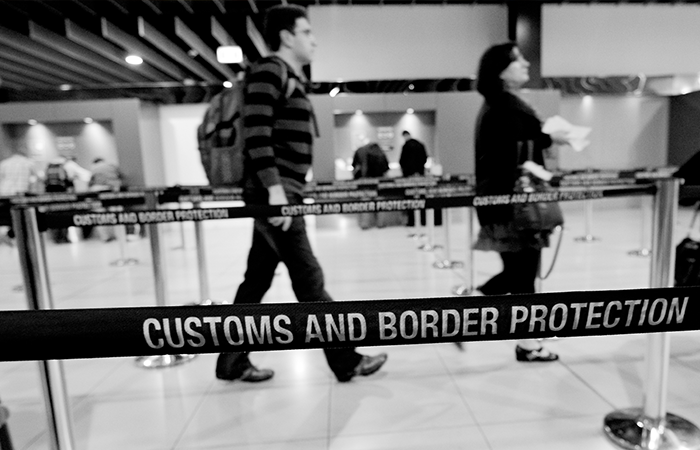 Leaders from Australia’s livestock industries have today witnessed how travellers to and from countries such as Indonesia are exposed to more than 20 biosecurity touch points enhancing the biosecurity wall protecting Australia from exotic animal diseases.

The behind-the-scenes inspection of Sydney’s International Airport was hosted by the Department of Agriculture, Fisheries and Forestry’s Biosecurity and Compliance Group. It featured a step-by-step review of the increased biosecurity measures in place from plane arrival through to baggage collection and exit.

The Australian Government has implemented a range of further urgent measures to reduce the risk of exotic diseases such as Foot and-mouth disease (FMD), Lumpy skin disease (LSD) and African swine fever (ASF) from entering Australia.

Agriculture Minister Murray Watt said it was a great opportunity for industry to see firsthand the strong measures implemented by the government at the borders.

“We have been working hand in hand with industry to make sure our response to the threat of FMD is appropriate,” Minister Watt said.

“Australia remains FMD-free and we will do everything we can to keep it that way.”

One of the outcomes of the tour will be a video showing the enhanced biosecurity measures. The video is intended for Australian livestock producers, the broader supply chain and the community to help convey the industry leaders’ confidence in the significant measures in place to protect Australia from an exotic animal disease incursion.

The group was provided an overview of the large number of the biosecurity touch points including announcements and handouts to passengers before disembarking, sanitation foot mats, passport and Inbound Passenger Card checking, passenger profiling, roaming biosecurity officers, x-ray inspections, detector dogs, manual inspections and the unprecedented level of screening of incoming cargo and mail now in place.

While the Australian Government carries the responsibility for protecting Australia from biosecurity risks, the industry is doing everything it can to support their work.

Australia has some of the strictest biosecurity protocols in the world and industry has invested hundreds of millions of dollars to develop lifetime traceability systems, partly in response to the risk of an exotic disease incursion.

Producers are urged to exercise vigilance on-farm by: