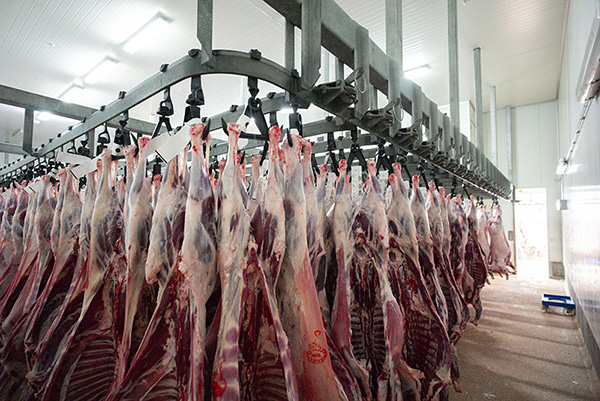 On Saturday 21 August, the Victorian Premier Daniel Andrews announced at a press conference that abattoir and meat processing facilities in metropolitan Melbourne would be subject to workforce capacity restrictions, stating, “things like abattoirs, meat processing centres and very large supermarket distribution centres, cool stores, things of that nature, will be under new arrangements to limit the movement and to limit wide-spread infection in Melbourne.”

“We will reach out and speak with all those industry stakeholders and make sure they’re fully briefed,” said Premier Daniel Andrews.

The Australian Meat Industry Council (AMIC), nor any AMIC meat processing or manufacturing member operating in metropolitan Melbourne, was contacted by the Premier’s department or DHHS prior to or immediately following the Premier’s announcement.

AMIC were advised via the Premier’s website, then Agriculture Victoria, that it would be a 20 percent reduction in workforce, as well as increased surveillance testing with no clear direction on that process.

As at today, AMIC has still not heard from DHHS, the VIC Health Minister, nor the VIC Premier’s department.

“For every day these workforce reductions are in place, there is a growing impact on the supply chain from processors, wholesalers, cold stores, independent local butchers and even supermarkets,” said AMIC CEO Patrick Hutchinson.

“AMIC acknowledges our good working relationship with Agriculture Victoria, and the Victorian Agriculture Minister, who have been responsive to AMIC’s enquiries and the only department willing to speak to AMIC on these issues.

“However, I challenge the Victorian Government on their lack of information, lack of understanding of our industry, lack of respect, and lack of consultation to the meat processing and manufacturing industry.

“On-site full vaccination rates have not been considered, even with some facilities at 80-90 percent of staff fully vaccinated. These great results have been completely disregarded by DHHS and the Victorian Government in risk settings. It beggars’ belief that they would turn their back on an industry investing its own money in getting people vaccinated. It does nothing to incentivise industry moving forward. Further to this, our industry has also been slapped with a mandatory 25 percent of surveillance testing per week, even if they have over 80 percent of their workers fully vaccinated, which is over 40 percent of metropolitan meat processing sites,” he said.

For the other sites, a group booking vaccination system has only recently been introduced, but a quick poll of AMIC’s metro Melbourne businesses say they are having trouble accessing group bookings through this system. Additionally, exemptions to the workforce capacity restriction of 20 percent are available on food security or animal welfare grounds, however there is no process in place for impacted businesses to access those exemptions.

“The Victorian Government, through fleeting “whole of industry” meetings with DHHS, have repeated that the meat processing and manufacturing industry’s COVIDSafe plans are “Gold Standard”, however they now refuse to review them when setting current risk measures,” said Mr Hutchinson.

“Our industry has been at the forefront of testing and vaccination, with businesses investing heavily in private providers of these services, along with workforce vaccination incentives.

“We are classified as a high-risk 1B priority category yet are denied help from DHHS for group onsite testing and vaccinations hubs.

“Further, we have invested millions of dollars in COVIDSafe plans, interventions, PPE and COVID Marshal training. None of this has been recognised.”

The lack of consultation for the meat industry has forced processors having to reset their forecast for production. Preliminary figures provided by Meat & Livestock Australia (MLA) on the possible impact of Victorian processor restrictions show, at a normal processing spring season for lamb, the restrictions, if applied across all Victoria, would see a surplus of almost 1 million lambs. Even at the current restrictions on Metro abattoirs, this would be approximately 350,000 surplus lambs, which would not be taken up by NSW processors as happened to some point last year.

AMIC also predict with the sustained Metro Melbourne workforce reductions, additional impact on pork processing and smallgoods manufacturing will occur through the supply chain, providing no guarantees to consumers on appropriate volumes of Christmas hams and pork from their independent local butcher or supermarket. Beef will also be at risk of reduced supply now and towards Christmas.

“Maintaining these restrictions on businesses will not allow Victorians, or the majority of Australians, to have as near normal a Christmas as the Premier wants,” said Mr Hutchinson.

About
The Australian Meat Industry Council (AMIC), is the sole Peak Industry body representing the post-farm gate meat industry, including processors, smallgoods manufacturers, wholesalers, and distributors through to independent retail butchers and exporters.